Entry 120: Love Everlasting Complete– There are really only two ways, it seems to me, in which we 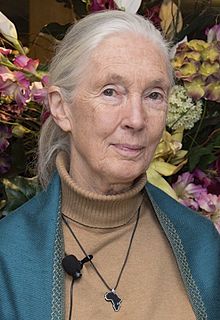 can think about our existence here on Earth. We either agree with Macbeth that life is nothing more than a ‘tale told by an idiot,’ a purposeless emergence of life-forms including the clever, greedy, selfish, and unfortunate species that we call homo sapiens – the ‘evolutionary goof.’ Or we believe that, as Pierre Teilhard de Chardin put it, ‘There is something afoot in the universe, something that looks like gestation and birth.’ In other words, a plan, a purpose to it all.

So writes, Jane Goodall, in her book, Reason for Hope: A Spiritual Journey published in 1999.  I really like that phrase that defines us: the evolutionary goof and see no reason not to accept this characterisation along with de Chardin’s idea of the universe giving birth to something meaningful. I suppose this grows out of my own experience of life and self. I am a bit of a goof- defined variously as a bozo, fathead, goose, mooncalf, nitwit or simpleton.

A rather aimless, gormless stumblebum right out of a Wodehouse story as the following anecdote will illustrate: the setting; Cushendall golf club, a pleasant, undemanding 9-hole links course in the heart of the Glens of Antrim. The time; a summer’s evening in the early-80s. The occasion; a talk by poet Seamus Heaney. I had taken up golf shortly before this and was quite amazingly bad at it- but that’s a story for another occasion, perhaps.

I had spent far too long at the 19th hole and, as a result, dozed 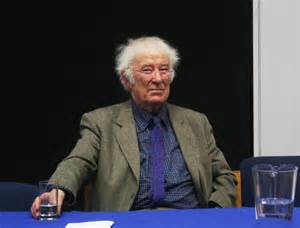 through most of what must have been a most illuminating evening with a revered poet. In my defence, may I say that I have heard famous Seamus on a couple of other occasions where I was totally awake for the duration. At any rate, at the end of the talk I found myself in the line-up to meet the poet who was signing copies of his latest book of verse.

When I reached the table where the great man sat, I admitted that I had not bought or brought a book for signing, but offered him my arm instead. Smiling, he scrawled something on the inside of my left arm and I wandered off to the bar where I was certain there was a beer with my name on it. Next morning, I woke with a fuzzy head and looked in puzzlement at my arm- written in black biro were the words, In hoc signo bibo. 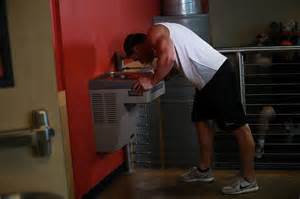 And then, the events of the previous night came back in splinters of chagrined recollection. But, you know, like a teenage fan of a boy band, I didn’t wash that arm for a week and smiled at the erudite joke, which recalls the time when the emperor Constantine, before the Battle of the Milvian Bridge, has a vision in which Christ tells him to use the cross as a symbol to prevail over his enemies. The rest, as they say, is history.

The original Latin phrase, In hoc signo vinces, means in this sign you will conquer. No 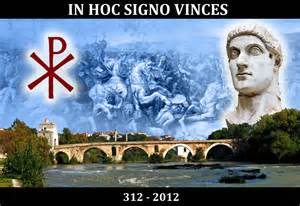 conquests for me, though, other than those involving a tussle with an innocent pint or two of ale. Or times I have wrestled with various forms of writing, some of them involving song. The writing of this journal has taken almost 14 months between 27 April 2015 and 14 June 2016. The song component took much longer, of course.

The final song in this sequence was written just a few months before I started this journal. It is, loosely defined, in the form of a dithyramb. Entry 1 acknowledged the role of Wikipedia as an oracular source, A wildly enthusiastic speech or piece of writing is still occasionally described as dithyrambic. 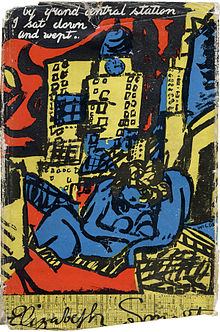 At a marking conference in Townsville, in the early 90s, I remember defending a teenage student’s creative essay as a valid example of the form, citing Elizabeth Smart’s By Grand Central Station I Sat Down and Wept, as an exemplar of the style the student used.

I was successful in maintaining the low A equivalent I had given it in the face of others arguing for a high C. To return to the oracle:

The dithyramb was an ancient Greek hymn sung and danced in honor of Dionysus, the god of wine and fertility. The earliest mention of dithyramb is in a fragment of Archilochus who flourished in the first half of the seventh century BCE: “I know how to lead the fair song of the Lord Dionysus, the dithyramb, when my wits are fused with wine”.

Like the poet, I, too, have led the fair song of the Lord Dionysus, my wits fused with wine. 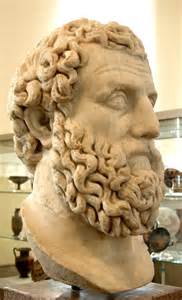 I’m with him, also, as a firm believer that discretion is the better part of valour: better a live poet living to a disgraceful old age than a youthful, dead hero where someone else gets to write a pretty epitaph on your stone. As Archilochus versifies:

One of the Saians now delights in the shield I discarded/ Unwillingly near a bush, for it was perfectly good,/But at least I got myself safely out. Why should I care for that shield?/ Let it go. Some other time I’ll find another no worse.

And it’s from these lines of that idiosyncratic poet of ancient Greece that I’ll sign off: at least I got myself safely out.