of Central America during the 70s and 80s. Belize was insulated from the conflicts endemic to the region by the British presence and Panama, as a strategic asset of the US, thanks to its canal, also escaped the worst of the killings increasingly creating headlines in international newspapers.

Costa Rica was a relatively peaceful anomaly; without a standing army and possessing robust democratic institutions, it was spared the horrors of civil conflict and destabilisation by shadowy American forces. Indeed, because of the moral authority bestowed by a country that puts public welfare in the place of military spending, its President was able to address the US congress in in 1987 in these terms,

I belong to a small country, that was not afraid to abolish its army in order to increase its strength. In my homeland you will not find a single tank, a single artillery piece, a single warship or a single military helicopter…. Today we threaten no one, neither our own people nor our neighbours. Such threats are absent not because we lack tanks but because there are few of us who are hungry, illiterate or unemployed.

He was awarded the Nobel Peace prize two months after this address. This, was a slap in

the face to Ronald Reagan, who had attempted to strong-arm the country into re-militarising and joining in the fight with the right-wing Contras, which he continued to fund covertly in the face of congressional blocks in 1985 to further financial assistance, against the legitimate Sandinista government of Nicaragua.

To all who glorify armed conflict as the art of war,

as a righteous response to ideological threats, I would refer them to Denise Levertov’s poem Misnomer, which refutes this appellation, They speak of the art of war,/ but the arts/ draw their light from the soul’s well,/ and warfare/ dries up the soul and draws its power/ from a dark and burning wasteland.

The darkness, to this day, blankets much of Central America, and the burning wasteland that is the lived experience of millions as we speak, is a screaming indictment of the corruption and violence which drives desperate people to seek refuge across the Rio Grande. As Jude Webber writes in his FT review dated April 6, 2016, of A History of Violence: Living and Dying in Central America by Oscar Martinez, 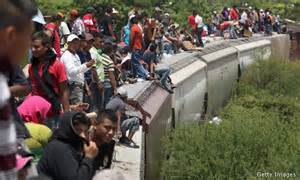 …every day, in an endless stream, more than 1,000 people flee Guatemala, El Salvador and Honduras staking everything on a perilous journey north to escape a peacetime now proving more deadly than civil wars that ended two decades ago. The book is a series of extended essays based on his reporting for El Faro, an award-winning Salvadoran online newspaper, and the unflinching cameos it paints offer a chilling portrait of corruption, unimaginable brutality and impunity.

The cameos include heart-wrenching stories of sex slavery and merciless retribution when victims who sought help from officials were handed back to the gangs. And this testament to the bravery of an individual who cannot look away,

For Israel Ticas, El Salvador’s only forensic investigator, the quest to dig murder victims out of a well turns into an 805-day nightmare. He has dived into its murky depths and discovers bones and body parts, corroborating testimonies from two turncoat gang members that at least four (but probably many more) victims they had, in gang slang, “taken for a walk”, had been thrown in. It is a race against time: not only must he get the bodies out before rains flood his tunnel, he also needs to do so before the maximum pre-trial detention is up for 43 gang members arrested in connection with the four known bodies. The government lends digging equipment, but swiftly takes it back. The excavation is doomed.

Meanwhile Donald Trump, front-runner for the Republican Party in the US, promises to 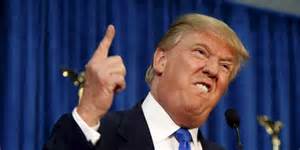 expel 11 million undocumented migrants and then build a wall to keep them out. I can’t believe we’re living in the 21st Century!

The song, Manolito, emerges from the shock I experienced at witnessing, on the TV news, in late June of 1979, the brutal slaying of American journalist Bill Stewart. I watched as he was

made to lie down on the roadway; then a member of Nicaraguan dictator, Anastasio Somoza’s, National Guard kicked him in the side and shot him in the head killing him instantly.

The outrage following this atrocity led to the fall of the corrupt regime and Somoza’s flight to Paraguay after, of course, he had looted the Guatemalan treasury. There, a Sandinista commando squad assassinated him. The song, written during July, 1979, shows that burning wasteland from the point of view of a young wife speaking to her husband who is visiting his village home for a short while before resuming the guerrilla campaign.