Entry 104: Rosa– What do Reinhard Heydrich and Rudolf Hoess have in common aside from

being among the most loathsome exemplars and promoters of the ‘final solution”; that Nazi euphemism for the genocidal mass murder of at least six million Jews between 1933, when Dachau concentration camp opens, and 1945, which is termed the Holocaust, and is one of the darkest events in the history of the world?

Heydrich was the architect of the final solution and Hoess was the commandant of Auschwitz. Both cut their teeth, so to speak, as members of the Freikorps- a paramilitary organisation, active in

the wake of the first world war, in anti-democratic and anti-socialist agitation and assassination. Much has been written about this group and their activities but I came across a rather unusual approach to the subject matter when I read a review by Paul Robinson, a professor of history at Stanford University, of a book entitled, MALE FANTASIES Volume One: Women, Floods, Bodies, History. By Klaus Theweleit published in West Germany in 1977, which had something to say about the psychopathology of men drawn to the Freikorps.

Robinson’s review, published in The New York Times, June 21, 1987, entitled, The Women They Fear states, Klaus Theweleit’s distinctive contribution is to examine the fantasies of the Freikorps soldiers, under the assumption that their intellectual and emotional predilections would explain their behavior. He does so primarily through a close reading of the autobiographies and novels of a select group of Freikorps members… In particular, he draws our attention to the ideas they entertained about women and sex… His central contention is that the

Freikorps soldiers were afraid of women. Indeed, not just afraid, they were deeply hostile to them, and their ultimate goal was to murder them. Women, in their view, came in only two varieties: Red and White. The White woman was the nurse, the mother, the sister. She was distinguished above all else by her sexlessness. The Red woman, on the other hand, was a whore and a Communist. She was a kind of distillation of sexuality, threatening to engulf the male in a whirlpool of bodily 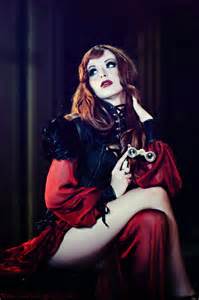 and emotional ecstasy…the Republic had to be destroyed because it empowered the lascivious Red woman, while it failed to protect the White woman’s sexual purity.

While not entirely convinced by Theweleit’s thesis, Robinson concludes, that in the end he asks us to believe that their hatred of women and fear of sexuality were merely an exaggerated version of what all men feel, or have felt for the past two centuries. And, furthermore, he may have captured a glimpse of our souls.  Good Lord, I hope not mine! What about yours?

And what about Rosa? Today, Rosa Luxemburg seems a quaint 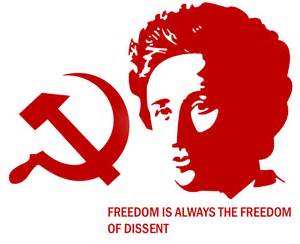 fictional character. But she was real; murdered in Berlin on 15 January 1919 by members of the Freikorps. With Karl Liebknecht, co-founder with her of the Spartacist League, which was the forerunner of the Communist Party of Germany, Rosa Luxemburg was captured by the Rifle Division of the Cavalry Guards of the Freikorps. Its commander and deputy questioned them under torture and then gave the order to execute them.

Luxemburg was knocked down with a rifle butt by a soldier, then shot in the head. Her body was flung into Berlin’s Landwehr Canal.  In the 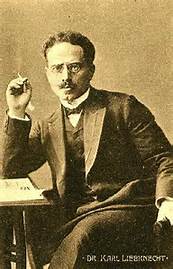 nearby Tiergarten, Liebknecht was shot and his body, without a name, brought to a morgue. While not sharing her revolutionary political beliefs, I like Rosa for having written, Freedom is always the freedom of dissenters.

Notice that the male body, although not identified by name, was brought to the morgue while the female body was thrown into the canal without further ado: there may be something in Theweleit’s thesis, after all. I am in a dark section of the journal and I pray for something made from light to help me conclude this distressing entry.

Sometimes, prayers are answered: In 1932 an American housewife and florist, Mary Elizabeth Frye, was moved by the plight of a young Jewish girl, Margaret Swartzkopf, who

was warned not to return to Germany to see her dying mother because of the anti-Semitism of the time. Frye wrote these lines to console the weeping girl who, upon the death of her mother, lamented that she could not stand at the graveside and shed a tear. It was only in the late 1990s that the authorship of the following poem was established,