Entry 109: I Rest My Case– We have such a lot to put up with in the state of Affluenza: I’m

suffering from compassion fatigue: there’s always someone after my charity dollar…Paying off the mortgage is taking all my time and energy; so much so that I can’t enjoy my harbour view…I feel so guilty: I know! I’ll dress in black, like Johnny Cash did, until there is equality and harmony and world peace… Keeping up with the Joneses is such tiring business because just when you get up to where they are, lo and behold, another set of Joneses pops up to spoil your feeling of having arrived.

The phrase has been with us for over one hundred years and is becoming increasingly archaic; predicated, as it was, on a much lesser gap in wealth between socio-economic groups. Now, the gap between wealth and the rest

is staggering. And even within the top 1%- that cliché for true wealth, there is a divide between the millionaires who are becoming a dime a dozen, so to speak, and the rarefied planet of the jet-setting billionaires.

In the state of Affluenza, you don’t want to be alone, in a position of vulnerability, and subject to illness, accident or attack, because- chances are- you will become just another statistic in the case-files of the bystander effect. Wikipedia defines this as a social psychological phenomenon that refers to cases in which individuals do not offer any means of help to a victim when other people are present. The probability of help is inversely related to the number of bystanders. In other words, the greater the number of bystanders, the less likely it is that any one of them will help.

Now, this phenomenon pre-dates Affluenza as the parable of The Good Samaritan attests 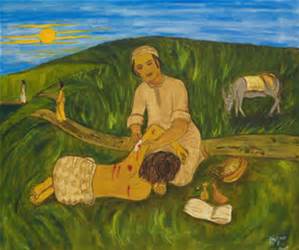 but it is clearly amplified in affluent, urban societies. Here are a few: Kitty Genovese, a young woman stabbed, raped and killed brutally over a period of half an hour outside her apartment building in Queens, NYC in 1964, within the hearing of a dozen people, not one of whom lifted a hand to help or even a phone for police assistance, which would have saved her life. In 2011 two-year old Wang Yue was run over twice, by drivers, in the Chinese city of Foshan, neither of whom stopped. At least 18 bystanders walked past without aiding the stricken infant. Only an elderly rubbish scavenger, Chen Xianmei, stopped to help the dying child. 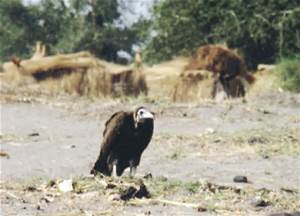 How many of the plutocracy are worth as much, in essence, as this fine woman. But what does inaction do to those who witness human distress without active compassion? And how many of us can say we have always acted honourably when confronted with similar situations? There is a photograph that I often used in the last twenty years of my teaching career to illustrate the importance of context and framing in the making of meaning. It is a photograph taken in 1993 by photo-journalist Kevin Carter of an African scene.

I would show, at first, a cropped shot of a vulture on the arid plain gazing intently at

something just out of frame and ask for a response- which was usually fairly tepid. Then, I would reveal the uncropped shot where we see in the foreground a severely emaciated child crawling on the ground. Now, it is clear why the vulture is gazing so intently. The response is always one of shock.

As I was shocked today, when I learned a fuller version of the story: Carter waited, in vain, for 20 minutes for the vulture to spread its wings- which he thought would make the better shot. All the while the child was whimpering and panting in distress. Carter took the shot, shoo-ed the vulture away and then walked off, leaving the child, claiming he didn’t want to get involved. He won the Pulitzer Prize the following year and he took his own life by carbon monoxide poisoning.

I don’t presume to know if there was a causal link between the circumstances of the photograph and his final act, but I would not be surprised to learn that it was a factor. Here

in Australia, another refugee has self-immolated in protest over the conditions at Nauru, the off-shore detention centre. Both of the major parties are welded to policies that guarantee cruelty to these people will persist as I, and twenty million fellow citizens look on.

I’ve read that the treasurer, like so many of his colleagues, are active Christians, so I

wonder how foreign aid will fare in the budget tonight. In a thought-experiment, I have the cabinet study in detail Matthew 25: 31-45. You know, the one about the sheep and the goats. And I would have them all recite The Confiteor, that old penitential prayer which includes these words, I confess to almighty God, and to you, my brothers and sisters, that I have greatly sinned, in my thoughts and in my words, in what I have done and what I have failed to do, through my fault, through my fault, through my most grievous fault.