Entry 97: Autumn Road– A haiku is not a poem, it is not literature; it is a hand beckoning, a door 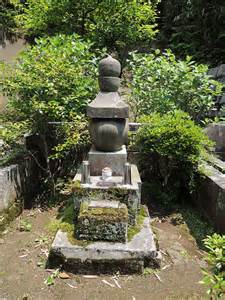 half-opened, a mirror wiped clean.  It is a way of returning to nature, to our moon nature, our cherry blossom nature, our falling leaf nature, in short, to our Buddha nature.  It is a way in which the cold winter rain, the swallows of evening, even the very day in its hotness, and the length of the night, become truly alive, share in our humanity, speak their own silent and expressive language.

So wrote Reginald Horace Blyth in the first of his four volume Haiku series published between 1949 and 1952. He has exerted influence on several generations of writers. What interests me about this definition is that, after stating that a haiku is not a poem, he goes on to define it in terms that are very reminiscent of definitions of poetry that I have come across over the decades. The poem as a doorway or mirror or deep expression of our humanity or a path to our imaginative self or to the natural world are tropes not unknown to the history of western poetics. 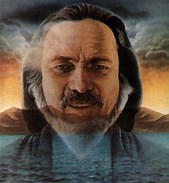 My first memory of haiku was reading Alan Watts, a populariser of eastern philosophies, when I began, during the mid-1970s, to search for meaning outside the frame of Western, Judeo-Christian perspectives. Watts, also, has influenced generations of writers and I was taken by the lucidity with which he communicated his enthusiasm for exploring elements of being and consciousness, particularly in his books The Way of Zen and Tao: the watercourse way.

He still has a significant presence, thanks to YouTube, that has opened up his writings and 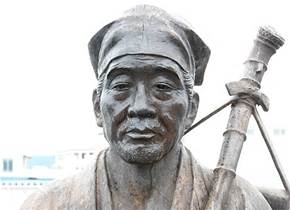 talks to new, digital generations. Both Blyth and, later, Watts brought the 17th Century Edo Period poet Basho to the attention of Western audiences. Working in my box-room tonight, cut off from every natural sight and sipping spirits, I am reminded of one of Basho’s haiku, No blossoms and no moon,/and he is drinking sake/all alone! Not an exact match, though- my computer tells me there is a waning gibbous moon outside, 71% illumination, and I am imbibing whiskey, not sake. But close enough for the purposes of this journal. 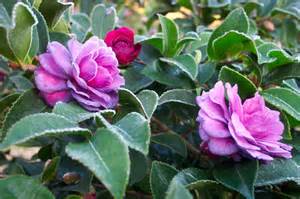 So let’s talk about flowers now- in particular Camellia sasanqua. That excellent resource, Wikipedia informs me, At the beginning of the Edo period, cultivars of Camellia sasanqua began appearing… It has a long history of cultivation in Japan for practical rather than decorative reasons. The leaves are used to make tea while the seeds or nuts are used to make tea seed oil, which is used for lighting, lubrication, cooking and cosmetic purposes. Tea oil has a higher calorific content than any other edible oil available naturally in Japan. Camellia sasanqua is valued in gardens for its handsome glossy green foliage, and fragrant single white flowers produced extremely early in the season.

Basho, I think, would have been well-acquainted with this plant. Blyth, in his jisei– or death poem- references this blossom,

I leave my heart/to the sasanqua flower/on the day of this journey.

Watts, too, references vegetable matter in what some have seen as his jisei, written towards the end of his life when, after a long, uphill trek, he had visited a Buddhist temple in Japan,

This is all there is;/the path comes to an end/among the parsley.

About ten years ago, my interest in haiku re-ignited and I came across many translations of Basho’s work online. On one, haikupoetshut.com, I came across eight readings of Basho haiku by three different translators: R. H. Blyth, Lucien Stryck and Peter Beilenson. The penultimate haiku, the one about the temple bell, featured alternate readings by Stryck and one by Blyth followed by the jisei of Blyth, himself. All the readings are noteworthy and I have used them in the classroom as a way of introducing haiku to students although, here following, I give the translations by Blyth only.

Moonlight slants through/ The vast bamboo grove:/ A cuckoo cries

From time to time/The clouds give rest/To the moon beholders.

The butterfly is perfuming/Its wings in the scent/Of the orchid.

It is deep autumn/My neighbour/How does he live, I wonder?

The temple bell dies away/The scent of flowers in the evening/Is still tolling the bell.

And I can’t end this journal entry before recording the last haiku of Basho, himself, as he lay dying, surrounded by his disciples:

These resonating bells, and butterflies, and blossoms, were the inspiration for the song, Autumn Road.