1979 (having just returned from a seven-year sojourn in Australia) and I had spent some time driving around Ireland and staying in various B&Bs and above pubs. I look at the photographs from that time and weep that I was so unconscious. My wife and kids were there too, thinking that I knew what I was doing. After all, would Hubby/Dad take off, driving them around Ireland without some sort of plan?

Mmm, as it transpired, Yes! The 1960s were the decade of coming of age; transition between Aruba and Ireland; between adolescence and young adulthood. The 1970s were years of graduation, marriage, children, emigration to Australia and first employment, return to Ireland and first (but not only) taste of unemployment. The song references two of the great influences on what might loosely be termed my development as a songwriter- Dylan’s phantasmagorical lyricism and Orwell’s pellucid prose.

I never got close to either- but did that stop me trying? Not on your Nelly! (What does that phrase even mean?) Were we to actually stop and interrogate my every usage or idiom, there would be no advancement on what might laughingly be described as a narrative. I

have a clear memory of a meal with my family at our home in Cushendall. This would have been sometime late in 1965. I was sixteen years old and my brother, Brendan had bought for me, as a birthday present, an LP by Bob Dylan called Highway 61 Revisited.

Looking at that seriously cool dude on the cover, I was captivated even before I heard the opening bars of Like a Rolling Stone. Even more impressive was the response of the eldest sibling of

our family, Jim, who was visiting from County Cork where he was established as one of the new, young Vets of modern Ireland. He was knocked out- demanding that the 11-minute song, Desolation Row, was allowed to be played rather than turned off, when the meal was to be served. Did I preen? Yes. Did I get all the allusions Dylan peppered throughout his song? No. But I knew, at a visceral level, that this was an important work of art and that it would follow me down the years.

And here I am fifty years later listening to the masterpiece at 2:00 a.m. Will it stand the test of time? I cannot say anything other than, this song fills my soul as much now in my senior years as it did way back when everything seemed possible. 1984 was an anti-climax- the

year, I mean. I was teaching English at Ballymena Academy to O-Level and A-Level. For a change, nothing much was going on politically or para-militarily in the province.

The rest of the world lived in more interesting times, though. On the sub-continent, Indira Ghandi was assassinated and thousands died of toxic gases in Bhopal, courtesy of the Union Carbide chemical company. In Africa, widespread famine in Ethiopia prompted a bunch of

UK and Irish rockers to stage the Band-Aid charity event while in Australia, Bob Hawke was Prime Minister and a bunch of feuding bikies shot it out in a gun-battle that became known as the Milperra massacre. In the US, a gunman killed 20 people at a McDonalds in San Ysidro, California and in the UK the IRA blew up the Grand Hotel in Brighton where the Conservatives were holding their annual conference.

On a more optimistic note, the first Apple Macintosh went on sale and the space shuttle 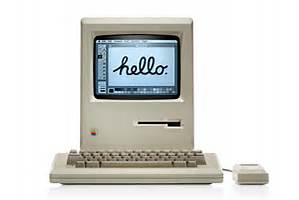 Discovery made its maiden voyage. 1984, the novel, has given us some enduring concepts and memorable quotations. Doublethink, where one is capable of holding two contradictory ideas in one’s mind simultaneously and accepting both of them, is one of the concepts Orwell has bequeathed to us. His image of the future as a boot stamping on a human face, forever, is as chilling now as it was in 1949 when it was published.

Irish poet, Louis MacNiece was among the ‘thirties poets, W.H. Auden, Cecil Day-Lewis and Stephen Spender who were opposed to fascism but he rejected the armchair activism of some of his contemporaries for a more wry take on the world that I responded to immediately when I read his poem, Bagpipe Music,

It’s no go the Government grants, it’s no go the elections,/Sit on your arse for fifty years and hang your hat on a pension.

Been there, done that!

The glass is falling hour by hour, the glass will fall forever,/But if you break the bloody glass you won’t hold up the weather.

Another poem, entitled Sunlight on the Garden, and some more favourite lines,

The sunlight on the garden/Hardens and grows cold,/We cannot cage the minute/Within its nets of 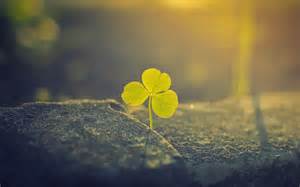 Time for the song.