Entry 67: Anything Can Happen- 23 BC in Rome was interesting in a number of ways: 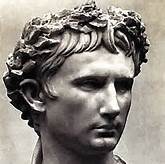 Augustus declared himself Princeps or “first citizen”; the Roman poet, Horace, published his first three books of Odes; and, elsewhere in the Roman sphere of influence, Herod the Great built a sumptuous palace in Jerusalem and married the ravishing beauty, Mariamme, after raising her Dad to an appropriate level- one commensurate with his lascivious…eye?

But it is Horace, the poet, rather than the politicians that this 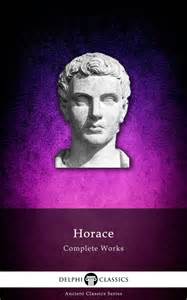 entry concerns itself with. The title of the song of the entry is taken from one of the Odes. Book 1, Ode  34. The Odes cover a range of subjects – Love, Friendship, Wine, Religion, Morality, Patriotism; poems of eulogy addressed to Augustus and his relations; and verses written on a miscellany of subjects and incidents, including the uncertainty of life, the cultivation of tranquillity and contentment, and the observance of moderation or the “golden mean.” Thank you Wikipedia.

More? Horace’s career coincided with Rome’s momentous change from Republic to Empire. An officer in the republican army defeated at the Battle of Philippi in 42 BC, he was befriended by Octavian’s right-hand man in civil affairs, Maecenas, and became a spokesman for the new regime. For some 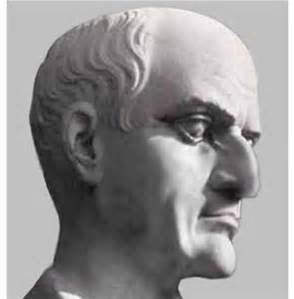 commentators, his association with the regime was a delicate balance in which he maintained a strong measure of independence (he was “a master of the graceful sidestep”) but for others he was, in John Dryden‘s phrase, “a well-mannered court slave”.

Poor bastard- not literally, just an Aussie epithet. Most of us know what it’s like to dodge a bullet or be utterly dependent on the patronage of a kindly person or institution or sheer blind luck. Horace had Maecenas, whose very name has become an eponym for a patron of the arts.

His patronage was exercised, not from vanity or a mere dilettante love of letters, but with a view to the higher interest of the state. He recognised in the genius of the poets of that time, not only the truest ornament of the court, but a power of reconciling men’s minds to the new order of things, and of investing the actual state of affairs with an ideal glory and majesty. The change in seriousness of purpose between the Eclogues and the Georgics of Virgil was in a great measure the result of the direction given by the statesman to the poet’s genius. A similar change between the earlier odes of Horace, in which he declares his epicurean indifference to affairs of state, and the great national odes of the third book has been ascribed by some to the same guidance.

Oh, ah? Anyone else feeling slightly uncomfortable with that? Didn’t Stalin and all the 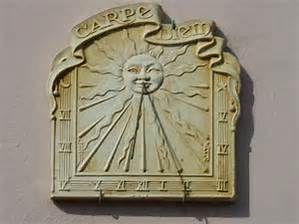 other totalitarian dictators arrange for something similar in history? Have you ever been persuaded, either by self-censorship or kindly persuasion, to massage an opinion genuinely held to something other than that which you actually believe? No! Cast the first stone then, by all means! Nevertheless, Horace speaks across the millennia to us: carpe diem, anyone?

Many of us know the phrase from Robin 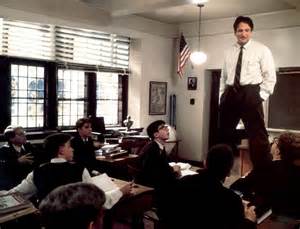 William’s portrayal of teacher John Keating in the film, Dead Poets Society, who exhorts his students to, Seize the day, boys. Make your lives extraordinary. The phrase is from Book 1, Ode 11. …life is short; should hope be more?/In the moment of our talking, envious time has ebb’d away./Seize the day; trust tomorrow e’en as little as you may. Time and mortality were themes Horace returned to in Ode seven of the fourth book.

This poem, A. E. Housman considered to be the most beautiful in ancient literature. Here are some of the lines he found so entrancing,

The swift hour and the brief prime of the year/Say to the soul, Thou wast not born for aye./Thaw follows frost; hard on the heel of spring/Treads summer sure to die, for hard on hers/Comes autumn, with his apples scattering;/Then back to wintertide, when nothing stirs./ But oh, whate’er the sky-led seasons mar,/Moon upon moon rebuilds it with her beams:…we are dust and dreams.

Seamus Heaney, shaken by the events of 9/11, wrote Anything Can Happen based on Ode 34 of Book 1. Anything can happen, the tallest towers/Be overturned, those in high places daunted,/Those overlooked 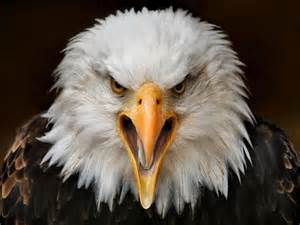 regarded./ He talks of Fortune as a bird of prey tearing the crest off one,/Setting it down bleeding on the next.

Recognising that nothing will ever be the same again he ends the poem with the lines, Capstones shift, nothing resettles right./Telluric ash and fire-spores boil away.

I first read Heaney as a student in Belfast in 1968. In the decades since, I have read and admired just about everything he has ever written. Alas, that he will write no more: vale 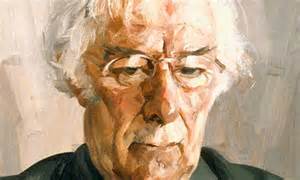 Famous Seamus. After reading District and Circle, the collection from which this poem is taken, I wrote this song in 2007.