Entry 71: Fantasia: The Emperor of Ice Cream- Wallace Stevens has wowed my world for over 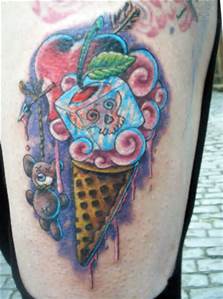 forty years. I can remember, sitting in the park at Gwynneville, Wollongong, watching my children playing in the sandpit on a sunny Saturday in 1974, reading this poem and struggling with its meaning.

It’s only two stanzas; see what you can make of it,

Call the roller of big cigars,/The muscular one, and bid him whip/In kitchen cups concupiscent curds./Let the wenches dawdle in such dress/As they are used to wear, and let the boys/Bring flowers in last month’s newspapers./Let be be finale of seem./The only emperor is the emperor of ice-cream.

//Take from the dresser of deal,/Lacking the three glass knobs, 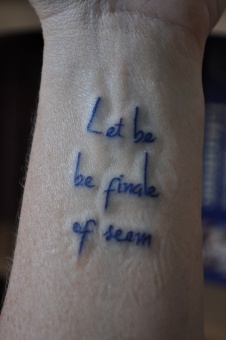 I know, baffled me too! I get that there are two rooms, one per stanza, the kitchen where ice-cream is being whipped up into concupiscent curds and the bedroom where an old woman lies dead, her face to be covered by the sheet she had embroidered in life which may not cover her calloused feet. But it wasn’t until I read, today, Austin Allen’s account of the poem published on the Poetry Foundation’s website that I finally got all of its allusions and interlocking bits.

The lives of all creatures are fragile and temporary, and all creatures obey a sovereign impulse toward hedonism: feast as much as you can while there’s still time.

And he quotes the celebrated critic Helen Vendler who paraphrases the meaning of the poem thus: The only god of this world is the cold god of persistent life and appetite; and I must look steadily at this repellent but true tableau—the animal life in the kitchen, the corpse in the back bedroom.

I’ve wrestled with quite a few of Steven’s poems in the decades since. But, real 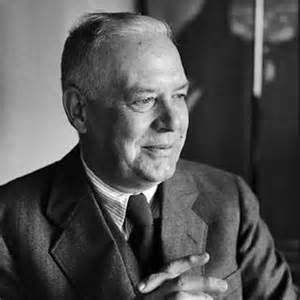 understanding notwithstanding, I responded to the various ways in which the poet handles sombre themes with playful language by writing a fantasia using the title of the poem and mashing up in it references to a handful more including Anecdote of the Jar and Sunday Morning.

I use the word fantasia advisedly because it seldom approximates the textbook rules of any of the stricter forms. Also, when I was putting the song together, I was listening to the Ralf Vaughan Williams composition, Fantasia on a theme by Thomas Tallis. 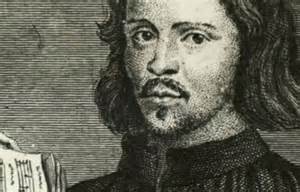 It tickles me that this work was written and performed at about the same time that Wallace Stevens was putting together his first volume of poetry in the early decades of the twentieth century. Further, Thomas Tallis emerged as the voice of English music in that most magical of centuries, the sixteenth, which is also the time when the term fantasia came into vogue.

Anyway, decades ago, I had a blast putting the song together. In some ways it is the precursor and companion piece to Harlequin’s Poles, the subject of entry 37. Both deal with 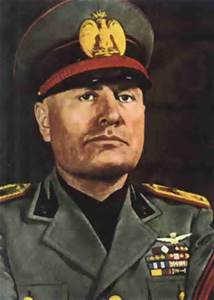 the allure of totalitarianism. One of the guises of The Emperor of Ice-Cream, of course, is the fascist leader, Benito Mussolini, for whom Wallace Stevens had a brief moment of admiration.

But he was not alone- other poets, too, were enamoured by the snazzy uniforms and dynamism of fascism. Eliot, Pound and Yeats come to mind. George Orwell writing about Yeats in 1943 is scathing,

Yeats, the poet, sees at a glance that Fascism means injustice, and acclaims it for that very reason. But at the same time he fails to see that the new authoritarian civilisation, if it arrives, will not be aristocratic, or what he means by aristocratic. It will not be ruled by noblemen with Van Dyck faces, but by anonymous millionaires, shiny-bottomed bureaucrats and murdering gangsters. 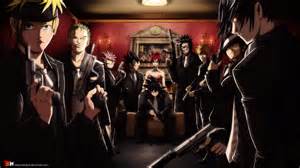 I wonder how far we are in our security-obsessed society, from the loathsome triad Orwell warned against. But Orwell, nothing, if not fair to those whose world-view is opposed to his goes on to write,

Others who have made the same mistake have afterwards changed their views and one ought not to assume that Yeats, if he had lived longer, would necessarily have followed his friend Pound, even in sympathy.

To be on the wrong side of history- what a bummer!

D. M. Thomas, I think, wrote a dystopian poem decades ago, where he has alien super- 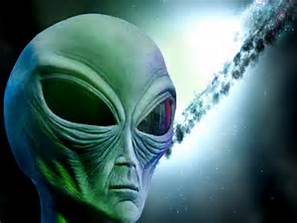 beings visiting the nuclear wasteland of planet Earth and, using a surviving trace of DNA, resurrect the person from whom it originated. Gaining sentience and, blind at first, the man sings hosannas for the fulfilment of the old Promise. Then, as the scales fall from his eyes, he sees the merciless orbs of the aliens who, having extracted the information they wanted, mow him down with their ray-guns and move on to the next phase of their exploration.