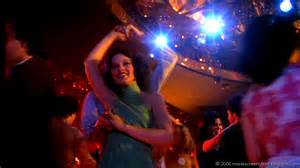 The ever-informative Wikipedia tells me that Saturday, the name, was selected as a calque of the god Saturn, after whom the planet was named. What is a calque? Well, wouldn’t you know: there was a hyperlink which I clicked to discover, In linguistics, a “calque” or “loan translation” is a word or phrase borrowed from another language byliteral, word-for-word or root-for-root translation.

One of the most common examples of a calque is the English word skyscraper. In Armenian it’s yerk-n-a-ker, or “sky-scratcher”; in German, Wolkenkratzer or “clouds-scraper”; while in Vietnam such a structure is referred to as nha choc troi  or “sky-poking building”.

But, back to Saturday: it gets its name from the Roman god, Saturn and the planet of the same name. In Roman mythology, Saturn is the god of agriculture, leader of the titans, founder of civilisations, social order, and conformity. But, before the Saturnists among you get too big a head over this, listen to what Marcus Manilius, a 1st Century poet has to say, Saturn is sad, morose, and cold, and is the greater malefic. (For those who have forgotten the basics from Astrology 101, the greater malefic is a reference to one of the two

planets which bring bad luck, namely, Saturn, which, of course, leaves Mars, as the lesser malefic.)

Not to be out-done for weirdness, Claudius Ptolemy, a 2nd Century writer asserts, Saturn is lord of the right ear, the spleen, the bladder, the phlegm, and the bones. But beating them all for the Wacko Cup is a work called Sefer Yetzirah, a Jewish document dating, perhaps, from as early as the 2nd Century BC, He made the letter Resh king over Peace And He bound a crown to it And He combined one with another And with them He formed Saturn in the Universe Friday in the Year The left nostril in the Soul, male and female.

In a manuscript in the British Museum, the Sefer Yetzirah is declared to be esoteric lore not accessible to anyone but the really pious. Which probably explains why I can’t make head nor tale of it. Like most, I revel in the obvious, and what’s really obvious about Saturday night is its relationship to the Roman festival which was held on December 17th – Saturnalia.

The holiday was celebrated with a sacrifice at the Temple of Saturn, in the Roman forum, and a public banquet, followed by private gift-giving, continual partying, and a carnival atmosphere that overturned Roman social norms: gambling was permitted, and masters provided table service for their slaves. The poet Catullus

called it “the best of days”.

Which he had too few of, alas, dying at about 30 years of age, like so many poets. Not much survives, apart from 116 poems. We don’t know a whole lot about his life but there are at least a couple of poems, the fame of which, live down the millennia. One, addressed to his mistress, Lesbia, tells of their relationship. It starts with a brief and startling statement, Odi et amo- I hate and I love.

It continues, Perhaps you ask why I do this? I do not know but I feel it happening to me and I am burning up. Another famous three-word statement, ave atque vale, hail and farewell, provides the ending of a famous elegiac poem written when Catullus travelled to the grave of his brother, near the site of Troy.

Carried through many nations and many seas,/I arrive, Brother, at these miserable funeral rites,/So that I might bestow you with the final gift of death/And might speak in vain to the silent ash/…And forever, Brother, hail and farewell.

Saturday night continues to embody aspects of Saturnalia: the shackles of the week are thrown off and the first day of the weekend culminates in festive darkness where possibilities proliferate. Or not! In any case, the prospect of a lie-in on Sunday before resuming the work-a-day drudgery of employment or school, will assuage, one hopes, the disappointments that are more likely than not to have been the outcome of the lottery of Saturday night.

The song recalls my early teen years in Aruba where risk-taking was de rigueur. I ran with a bunch of older kids who loved to show-off their new cars, bought by indulgent parents for their 16th. Just going to the movies, Mum! As if the celluloid facsimile could ever compare to the invitation of Saturday night itself.