elixir of youth? Have you ever had the misfortune to have lived through that magical age- to come to the horrible dreams that feature death, disappointment, dreary realisation that this dreck is all just a shoddy illusion?

In other words, have you ever grown older, wiser, more balanced, mature, philosophical and last, but not least, quietly resigned to the inevitability of decline that caused a young Welsh poet named Dylan Thomas to write in 1947, at the age Christ was crucified, the wonderful poem, Do Not Go Gentle Into That Good Night? In an ageing demographic, where there is so much conversation-(oh, how I hate that word now! I can remember when the word meant a stress-less and friendly exchange between equals, but learning in this century that it means, instead, an amalgam of an inquisition and an accusation).

But what about those advantages of being a senior citizen (all those really cheap rail passes and so on). I question why I was born into an epoch that failed to see that being young, strong and free was as good as it ever would ever get in our universe as presently constructed. In 1975, I was raging in Wollongong, in my mid-twenties, and as good as ever I would get- in some ways, anyway. At that time, nearly ten years into my apprenticeship as a songwriter (part-time) and three years into my day job as a teacher at Warrawong High School, I reflected on aspects of my own life.

I had a wife who was working, a daughter, just at school, and a son at pre-school. Finely
attuned to the lives of my heroes, who were only a few years older that myself, I chafed under the restrictions that were an amalgam of futile hopes, a little knowledge and less ability, that would never, ever have amounted to much more that a pile of futile fantasies. I can vaguely remember a drunken conversation in a toilet with a guy who took exception to something I

had said earlier in the night at Collegians on our inaugural concert.

Instead of sitting down with Robert Sheldon from The New York Times for a life-changing interview, I found myself placating this psycho who tried to insert himself into our embryonic folk band on the grounds that he was a great tambourine player. Then, fast- 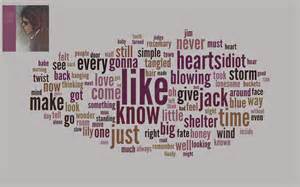 forward to another weekend, up in Sydney, where I bought Dylan’s Blood On The Tracks and sat drinking a coffee, reading the liner notes and knowing that there were several levels of existence between people like me and the guy from Minnesota who changed the world of popular music. Then, later, of course, I listened to the album.

Now, I could have just rushed up to the headland on which was situated the lighthouse at

Wollongong and hurled myself over the cliff onto the colourful rocks below. Instead, I wrote this song. Guess what? A man who married in his early twenties to the love of his life, had two children in quick succession and had no clue as to what all of this meant and consequently got so much wrong, somehow had the temerity to put pen to paper and presume to engage in the whole process of telling the universe that, despite the preponderance of huge  pre-existing talent and random black holes and super-novae and whatever else the physicists and mathematicians can conjure out of the numbers, that here is something that is worth telling.

I can remember, too, trying to make a deal with the universe when I knew, in 1964, that I 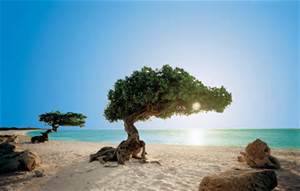 was leaving the paradise that was Aruba, to return to an unknown quantity that was the Ireland of the mid- 1960s. I tried (not for the only time) to make a deal with God. I knew, as a good Catholic, that I was (ir)remediably sinful but I made a pact at 13 years of age that I would take all the crap coming to me right now, and, in return, much later, have the pleasures of beatification. What shite. It took decades for me to realise that there had been a marvellous and easily available cornucopia that was sitting there in plain sight that was as clear as the heavens above.

As I looked out over the lagoon to the distant mountains of Venezuela I did not realise,

then, that I was witnessing the light-show of Catatumbo lightning which is a unique meteorological phenomenon high up in the storm clouds providing a spectacular sight for those close to it and which can be seen up to 500 kilometres away in Aruba, where, as a young boy, I witnessed the flashes of silent light and thought nothing of it. To learn that it was a unique meteorological event more than fifty years after observing it just reinforces the idea that we really don’t know very much at all.

So, I hope you forgive me from shouting at the top of my voice: “For God’s sake, remember why we are here on this good earth: Do not go gentle into that good night… Rage, rage against the dying of the light.”