Entry 60: Come Back an Angel– It depends how you look at it: humanity is either on the 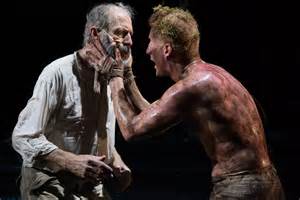 verge of a transcendent apotheosis or it is poised on the brink of extinction: either triumphant at the apex of creation or King Lear’s poor bare forked animal struggling to make it into the top ten.

On one reading we, as a species, are on a sure trajectory to the domination of space and time- what with our nascent abilities to terra-form planets and create Dyson spheres to enclose

stars and make use of the energy therein. After all, the thought merely precedes the action and science fiction stories are crammed with planets and stars at our beck and call.

There are other readings, alas, that predict less than glorious outcomes. One such is neocatastrophism which cites sudden extinctions in the palaeontological record caused by

high magnitude, low frequency occurrences such as massive asteroid strikes, super-volcanic eruptions and super-nova gamma ray bursts- any one of which would spoil your holiday plans somewhat.

And, in another reading, we don’t even make the top ten. Numero Uno, of course, is the omnipotent, omniscient and omnipresent God with a capital G. Following in descending order of precedence are the nine orders of angels: Seraphim,

Cherubim, Thrones, Dominations, Principalities, Powers, Virtues, Archangels and Angels. Weighing in at number 11 in the scheme of things- that would be us!

So why do I celebrate this? The hendecasyllabic truth is just this: that it lies between the mundane decimal and the ancient order of counting by 12. It is represented as a unicursal hexagram with a five-petalled flower inscribed inside. If you are like me, you love complication if only because simplification forces too much examination.

Which bring me to the number of angels that can dance on the head of a pin. I’ll bet that

you chose a number other than 11. But did you get this answer? In the humoristic magazine Annals of Improbable Research,  Anders Sandberg has presented a calculation based on theories of information physics and quantum gravity, establishing an upper bound of 8.6766×1049 angels.

When my son died in a motor-bike crash in October 1989, my niece told me, when she visited me seven years later, that he had manifested at the foot of her bed to reassure her that all was well. I, with my wife, received this information with respect but with a certain amount of puzzlement. Why, we asked ourselves, was the message relayed to someone who had a much more tangential relationship with him?

Did I curse his guardian angel? After all, to whom could I relay my dissatisfaction with the issue of guardianship-apart from myself? Pusillanimous by nature, how could I shirt-front a being ranked above me in the universal order? And I also wonder about the better angels of our nature. When I think about the final words of Abraham Lincoln’s first inaugural speech, I realise that even that great orator was unable to avert the coming catastrophe,

…we are not enemies, but friends. We must not be enemies. Though passion may have strained, it

must not break our bonds of affection. The mystic chords of memory will swell when again touched, as surely they will be, by the better angels of our nature.”

I know that a death in one family cannot compare to the mass carnage of the American Civil War, but the human heart has only so much surface area available to be pierced by the arrows of anguish. And what of those forces opposed to the better angels? Renowned 12th Century mystic, Hildegard of Bingen, wrote a poem entitled Antiphon for the Angels, in which she gives the following account, 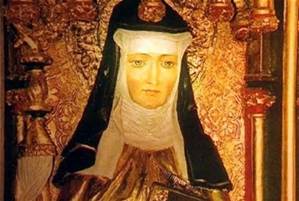 This remarkable woman, recognised as a Doctor of the Church in 2012 by Benedict XVI, was a formidable intellect who was a writer of poetry, music, philosophy, theology, natural sciences as well as extensive correspondence to Popes, Emperors and others. The Latin word, angelus, means messenger and this is what angels are, traditionally.

I can remember, as a boy, working in my uncle’s hilly fields in the summertime. Come twelve

noon and the bells would ring out from the village below. Work would stop and he would start: The Angel of the Lord declared unto Mary. We would reply, And she conceived of the Holy Spirit. These are the opening lines of the Catholic devotion marking the Incarnation which seemed to soar heaven-wards in that distant time.

Now, this mud-bound spirit finds it increasingly hard to soar.