Entry 34: This Cold Bed- The corrido is a Spanish folk style popularised in Mexico and most

listeners will recognise its most pervasive example, La Cucaracha. But will they, really? Often presented as a speeded up soundtrack in 5/4 time for a cartoon featuring a variety of Mexican stereotypes, frequently mice with elongated ears, or stylised cockroaches in vivid Mexican colours playing a variety of ethnic percussion instruments as they emulate dancing beans, you only get its true power by listening to authentic folk bands who value the historical and revolutionary origins of the song.

YouTube comes into its own here, where even a cursory search brings up a handful of moving renditions. The black-and-white stills and film images from the Mexican

revolution of 1910-1920 accompany a number of versions of that song as well as corridos written about heroes of the revolution including such towering figures as Emiliano Zapata and Pancho Villa. One of the remarkable features of this revolution was the number of striking women who took up arms and who are commemorated in song after song and photograph after photograph.

The contribution of the revolutionaries of both sexes is constantly refreshed by ongoing interpretations by contemporary singers and musicians. As I write this, horsemen sweep across a dusty plain through exploding shells; now a firing squad cuts down its hapless targets; a steam train

pulls out of the station draped with cheering, moustachioed men; beautiful women wearing bandoliers brandish rifles and family groups in serious poses recall similar middle-class family portraits from the Edwardian era in Europe except that each person in the Mexican portrait, man or woman, boy or girl, is holding a rifle or pistol.

In a sinister modern twist to this story, the brutal drug lords who have reduced parts of Mexico to blood-drenched landscapes and cityscapes of terror and horror are celebrated in narco- corridos with slick production values that would not be out of place in the recordings of rock royalty. In the lyrics, however, the real picture emerges, With an AK47 and a bazooka on my shoulder, cross my path

and I’ll chop your head off. We’re bloodthirsty, crazy and we like to kill. This is not hyperbole or graphic story-telling but an account what has happened to many thousands of victims, men, women and children who have had the temerity to cross the path of one of the narco-gangs.

Juarez, Mexico has a population of three times that of El Paso, its West Texas neighbour. Five homicides were recorded in El Paso in 2010. Therefore, were the homicide rates similar, you would expect 15 deaths in the Mexican city. 3,622 murders were, in fact, recorded for that year.  For an Australian perspective, imagine if, in the last year, ten thousand violent

murders were committed across the Sydney basin.

In the spring break of 1981, I played host to an Australian friend and writer who had just flown into Northern Ireland from West Berlin. We were to spend a week on a hired boat on Lough Erne where I was accompanying a small group of student fishing enthusiasts and the Art teacher from the school where we both taught. My Australian guest had commented on the graffiti on the roads from the airport and I explained to him that Northern Ireland was a patchwork of sectarian allegiances and that you had to be a little bit careful as you negotiated the geographical and political landscape. 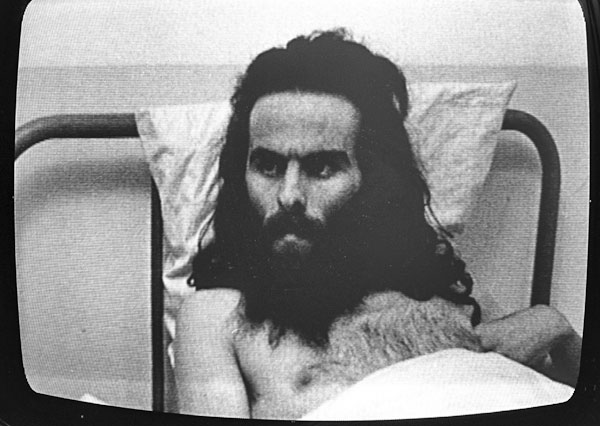 The Lough Erne system comprises two connected lakes straddled by the historic town of Enniskillen. The area is one of breath-taking beauty and we spent an idyllic time cruising the upper and lower loughs and exploring the historical sites on several of the many islands which are sprinkled across the system. At this time, the hunger-strikes were underway, orchestrated by the youngest MP in the British parliament, one Bobby Sands. He was gravely ill in the Maze prison hospital and one of the students, listening to a news update whispered, Die, Bobby Sands, Die.

My Australian guest, shocked at the venom evident in the hissed response to the news item, asked me why there was such hatred when we shared a bottle of wine later. Ireland, I replied.

Sands was a charismatic man. He was also a musician and writer. His best-known song, Back Home in Derry, to a borrowed tune, commemorates the Irish convicts transported to

Van Diemen’s Land in 1803- the present-day paradise of Tasmania. My comrades’ ghosts walk behind me/A rebel I came – And I’ll die the same/On the cold winters’ night you will find me.

When I came to write the song This Cold Bed in Sydney in the mid-90s, I was thinking of Bobby Sands and of all those artists who felt that the protest inherent in painting or writing or song wasn’t enough of a response to the times they found themselves in.