Entry 35: Sing Along- Maybe it all started a hundred thousand years ago on an escarpment

fringing the African savannah. A number of families of early humans have sought sanctuary in caves and hollows from marauding bands of hyena who howl their hunger under a blood-moon as infants cower in their mother’s arms and their fathers with fire-hardened wooden spears muster at the entrances to stave off the predators surrounding them.

As the slavering shadows draw near, a lone voice responds defiantly and then another, and another, until along the line of cave mouths a human chorus sings out a challenge to

Death as, emboldened, the hunted become the hunters and the hyenas are scattered by an outrush of warriors. Later, around triumphant campfires, the voices re-enact the battle-scene in shaped notes that predate harmony and history.

Ever since those misty proto-mythological times, song, in all its proliferations, has taken root in human culture and almost every human heart. To evince a dislike for music is akin to an admission of having no sense of humour. The Lothario with his lute, serenading his lover under her balcony is an enduring stereotype and, indeed, an admitted motivation for a legion of actual and wannabe rock stars. The well-springs of

song are not only amatory but also rise from love of many kinds- of God, of tribe and country, of children and even, for heaven’s sake, of material goods.

The forces range from the lone, unaccompanied voice of Wordsworth’s solitary reaper who may be singing for old, unhappy, far-off things/and battles long ago,/Or is it some more humble lay,/Familiar matter of today?/Some natural sorrow, loss or pain,/That has been and may be again? to stadia rocked by massed voices epitomised by the Cor World Choir which comprises 20,000 choristers assembled with orchestral support at Millennium Stadium, Cardiff in May 2017.

Song types range from the primitive cooing of any mother in any time to highly sophisticated art-song composed by one of the great composers, say, Mahler, who selected five poems from 428 written in an outpouring of grief by a devastated Friedrich Rückert following the illness and death from scarlet fever of two of his children. These poems form the text of the sublime 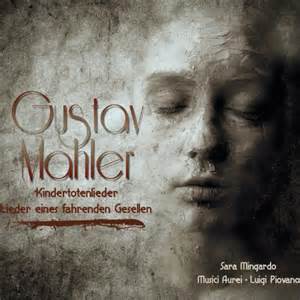 -songs on the death of children. The work, featuring a solo singer, premiered in Vienna on 29 January 1905.

The hall selected was a relatively small one, compatible with the intimacy of the lied genre; the composer himself conducting a small group drawn from the Vienna Philharmonic. In an awful twist of fate, Mahler lost his daughter, Maria, to scarlet fever, four years after the composition of the work. His wife, Alma, found it incomprehensible and feared Mahler was tempting Providence, when he had resumed work on Kindertotenlieder just two weeks after Maria’s birth. In some archaic chamber of her heart she must have blamed Mahler for tweaking the tail of the dragon, Destiny, which had lashed out at the hubris of her husband.

But let us leave that hall in fin de siecle Vienna and journey through space and time to a small church hall in the suburb of Annandale, Sydney. It is 2012 and there are rows of chairs arranged in a hollow square. Men and women of all ages, dressed variously, file in and take their places according to whether they are basses, trebles, altos or tenors. To be here they do not need formal musical training or qualification. But in a matter of moments they will produce music of remarkable power. They are Sacred Harp singers.

Originating in 18th Century America they have spread to every corner of the planet. They are resolutely independent, democratic, inclusive and sure of the value in what they are doing as a communal activity. The leader of this particular round calls the next song by its page number and sings establishing notes. The singers respond and immediately the song begins. The leader faces the tenors, beating the time with an open palm as many in the hall mirror his gestures. The uninitiated listener, perhaps a guest of the leader and standing in the middle of the square, is stunned by the exotic experience of the sounds coming at him from every direction.

But this swirling, primal harmony has a core of recognisability and by the second or third verse he realises that this is Amazing Grace, but sung in a version never before encountered. The melody is buried in the tenor line and, indeed, Sacred Harp arrangers concentrate on giving each section their time to shine. My encounters with music and

singing of all styles has kept me alive spiritually along with encounters with poetry, painting, drama and all manner of ostensibly useless art-forms. Walt Whitman cried out, I sing the body electric contemporaneous with the flowering of Sacred Harp music. Please, let’s sing along: