Entry 38: Airman- Who do you think you are? What a wonderful title for a TV concept. We are all a bit curious about who we are and where we come from. As kids, of course, we riff on the idea that we are, in fact, the progeny of aristocrats or some impossibly glamorous couple who have somehow become sundered from their child who is now, for some unfathomable reason, languishing in a common-or-garden family from Dullsville. If only we could be re-united!

Can you imagine the celebrations! How they would be marked by fireworks and headlines

and flashing bulbs as the paparazzi of the world clambered over one another to gain the perfect shot of the perfect lost child now returned to the bosom of the perfect family waiting in their until-now-imperfect paradise which is now complete and unassailable. Some say this is the reason that stories of blue heaven are replete in the literature of the world’s religious traditions: at heart, we are all kids yearning for apotheosis. (By the way, do you respond positively to the image of the family here? What do you think when I tell you that this is an image made by the Nazis to promote their ideas of what the family should be?)

In 1972 I first read James McAuley’s poem Because and it made me cry. Just arrived in

Australia from Ireland, I was trying to acclimatise by reading the poets of the place. This seemed (and seems) to me as good a way of getting to know the lie of the land as any other. Feeling homesick, I wondered if I would see my parents and siblings again.

My father had dammed up his Irish blood/Against all drinking praying fecklessness,/And stiffened into stone and creaking wood… Small things can pit the memory like a cyst:/Having seen other fathers greet their sons,/I put my childish face up to be kissed/After an absence. The rebuff still stuns/My blood.

McAuley wrote about a time when fathers were distant and mothers affectionate. This equation obtained on my side of the world; additionally, in my time, kids were also meant to be thankful for the peace won by their elders and betters without asking too many questions.

In 1964 we had returned to Northern Ireland, for the last time, from the sunny sojourn that was my childhood; from the Lotus Land that was the small Caribbean island of Aruba where my father had worked for twenty five years as a tug-master for the oil company founded by old man Rockefeller, one of the icons of Capitalism. From time to time, to break the monotony, I would rummage about in the attic of a rainy day- and the small coastal village of Cushendall had more than its share of these that year, as I remember it.

There was, in an old, green steamer trunk, brass-bound with an ornate hasp and decaying 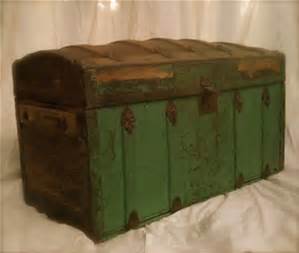 leather handles, piles of newspapers, copies of The Irish News from the years of the Second World War. And I began to read: there in black and white was the frisson of living in exciting times. A newspaper that doesn’t know if it will publish the next day, courtesy of a German bomb, has rather more focus than the indulged rags of peaceful epochs.

A bit like a man facing execution- as Doctor Johnston said- it concentrates the mind wonderfully. At any rate, this was history. My father and mother were in its pages, in very, very, small print- he hadn’t been a general at Stalingrad 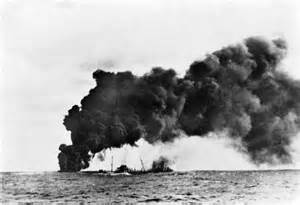 but has watched a U-Boat blow a friend out of the water, literally. Strange how glibly that phrase “blown out of the water” falls from the mouths of those who have never been closer to conflict than raised voices, a shove or a drunken slap.

They were on the Maracaibo run bringing crude oil from Venezuela to the oil-refinery in Aruba. He never spoke about it to me- it was part of the family legend and some things you knew better than to

broach. My mother, meanwhile, an ocean away, helped console the shattered survivors of the Luftwaffe’s attacks on Belfast.

They made monsters in those days, and even the ordinary people seemed larger-than-life. But I was born into the next age, the Age of Anxiety. In the early sixties, Castro was a renegade on the rampage not too far to the north- but somehow comic with his beard and cigar, a Latin Groucho Marx rather than the more imposing German Karl.

However, the Cuban missile crisis sparked nervous cocktail conversations in the patios of

expatriate Americans: You can bet the refinery will be hit! The periodicals were full of details of how to build bomb shelters. The commie bastards would, of course, be utterly destroyed. MAD was more than a magazine title, in those days.

As I write this, spring approaches western Sydney: I hear and see helicopters passing overhead. I think they may be police aircraft and I wonder who or what they are searching for. 70 years ago last month, the crew of a B-29 captained by Colonel Paul Tibbets dropped a bomb nicknamed Little Boy on the Japanese city of Hiroshima killing 80,000 people instantly,

Burned onto the step, cracked and watery red,/the mark of the blood that flowed as intestines melted to mush:/a shadow. Who were you?