Entry 42: Oblivion Mountain- You hang on to what is familiar, don’t you? Like Linus from Peanuts, have you a favourite blanket? Or an old rag doll passed down from great grandma? For me, books, first, and then music and the guitar have been sources of comfort and escape. Radio also was a refuge. Like so many people on the periphery of the great goings-on, I could stay abreast with events at the centre of the maelstrom through this medium. 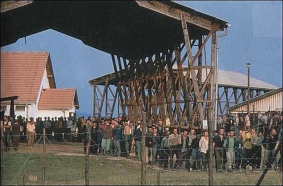 Halfway through my sojourn in North Queensland in 1991, I was listening to Phillip Adams, the new presenter of Late Night Live on the ABC. I thought Europe had turned its back on the excesses of World War II but it was clear that a new barbarism had emerged as if it had never gone away at all. As Yugoslavia split apart, the various militias showed the world what atrocity really meant.

The unfolding tragedy as months turned into years is still vivid: skeletal images of Bosniak civilians in Serb-run concentration camps in August 1992 recalled the horror pics of Jews 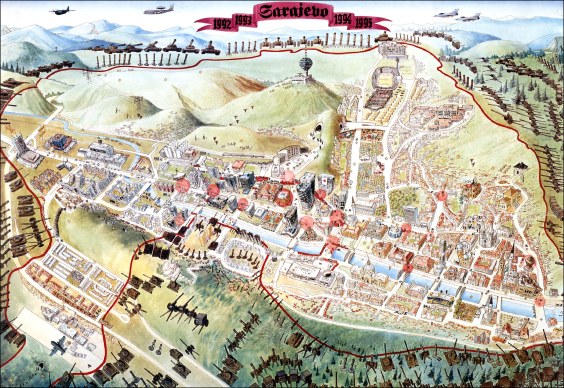 in the death camps of the Nazis in 1945; the siege of Sarajevo lasted 1,425 days which was one year longer that the siege of Leningrad during World War II.

Almost 14,000 souls perished during the siege but the fate of the Romeo and Juliet of Sarajevo shows the human and inhuman face simultaneously:  In 1993, the couple, Admira Ismić, a Bosniak, and

Boško Brkić, a Bosnian Serb, decided to flee the city. Having friends on all sides involved in the conflict, there was a general thought that their passage through the city and its infamous Sniper Alley, under constant fire from hills occupied by the Serbs, could be a safe one. An arrangement was made for 19 May 1993 at 5:00 pm that no one would fire as the couple approached. According to Dino Kapin, who was a Commander of a Croatian unit allied at the time with Bosnian Army forces, around 5:00 pm, a man and a woman were seen approaching the Vrbjana Bridge. As soon as they were at the foot of the bridge, a shot was heard, and, according to all sides involved in their passage, the bullet hit Boško Brkić and killed him instantaneously. Another shot was heard and Admira Ismić screamed, fell down wounded, but was not killed. She crawled over to her boyfriend, cuddled him, hugged him, and died. It was observed that she was alive for at least 15 minutes after the shooting.

The appetite for such atrocities, far from sated, gathered intensity culminating in the

Sebrenica massacre in July 1995 when the genocidal killing of 8,000 Bosniak men and boys preceded the forcible transfer of between 25,000 and 30,000 Bosniak women, children and the elderly which was found to be confirming evidence of the genocidal intent of members of the Bosnian Serb Army Main Staff who had orchestrated the massacre in what the UN had declared to be a safe area. 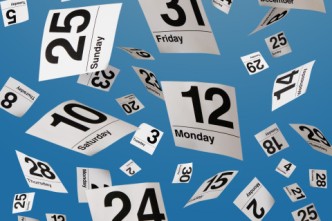 Rape on a vast scale was used as a tactic by this group- and a new term entered our lexicon of horror: ethnic cleansing. Goran Simic’s poem, The Calendar is a stark reminder of the cost on a personal level among all the statistics.

I heard the fall of a leaf from a calendar./It was the leaf for the month of March. The calendar belongs to a girl I know./She spends each day checking the calendar/and watching her belly grow./Whatever is in her womb/was nailed there by drunken soldiers in some camp./It is something that feeds/on terrible images and a terrible silence./What fills the images?/Her bloodstained dress, perhaps,/fluttering from a pole like a flag?/What breaks the silence?/The fall of the month of March?/The footstep of her tormentor- his face/the child’s face, the face she will see/every day, every month, every year/for the rest of her life?/I don’t know. I don’t know./All I heard was the fall of a leaf from a calendar.

We all know there are no safe areas: who would have thought a pre-Christmas coffee and

cake at the Lindt Café in Sydney’s Martin place in 2014 would have turned into a horror show so soon after 28 Australians were among the 298 innocent civilians slaughtered above the Ukraine in July 2014 as a missile tore apart Malaysian Airways Flight 17. Meanwhile, on the ground below that fateful explosion at 33,000 feet, civilians continue to die, to starve, cut off from the benefits of life in the prosperous world of Europe in the second decade of the 21st Century.

In October, 1995, I was in the back room of The Henry Lawson Club in Sydney’s outer west, 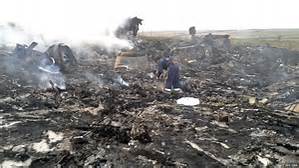 waiting for the rest of the group to arrive for our practice session. I was early and I picked up my guitar and started to strum. On the far wall, a TV showed images of a Balkan War scene and gradually the music of Oblivion Mountain began to take shape. By the time the rest of the group arrived, I was scribbling the verses of the song onto my notepad.