Entry 14: All the Women- A circle with a small equilateral cross underneath, a stylised representation of the goddess Venus’s hand-mirror, is widely known as the symbol for woman.  There is also another association: with the element copper. Alchemists, or, at least, some among their number, represented this element by constructing the symbol from a circle (representing spirit) above an equilateral cross (representing matter). Spirit and matter: that covers all the bases, I would think.

The symbol for Man is not so interesting: the circle represents the shield of Mars, the god of war, with a spear pointing to the top-right quadrant typifies the male of the species. Men

are associated, alchemically, with the element iron. Is this, I wonder, the origin of the saying Men are from Mars and Women from Venus? Such a citation may lead one to expect a dissertation on the battle of the sexes: sorry, ain’t happening. Furthermore, because this entry is entitled “All the Women”, the listener may be expecting a learned explication on the topic. Alas, my expertise, knowledgeability and experience of the gender is lamentably narrow and, therefore, such expectations will be disappointed.

My store of info on men is not much better but I do have the advantage of decades inhabiting the skin of one knowing what it means to grow through the feverish throes of adolescence into adulthood, trapped, as some theorists would assert, in the patriarchal paradigm. But this socio-babble is making me queasy so I’ll cease and desist, as the saying goes and retreat to the sane embrace of the Bard- Bill Shakes.

In the bloodiest and briefest of the great tragedies, the tyrant, Macbeth, mocks the manhood of the two murderers he has engaged to slay the most immediate threat to his ignobly obtained crown- his best friend, Banquo and Banquo’s son, Fleance. The first murderer tells Macbeth We are men, my liege./ Ay, in the catalogue ye go for men; Macbeth replies As hounds and greyhounds, mongrels, spaniels, curs,/ Shoughs, water-rugs and demi-

wolves, are clept/ All by the name of dogs. Macbeth asks if they are true men and the second murderer replies I am one, my liege, /Whom the vile blows and buffets of the world/ Have so incensed that I am reckless what/ I do to spite the world. The first murderer agrees with his homicidal buddy, And I another/So weary with disasters, tugg’d with fortune, /That I would set my life on any chance, / To mend it, or be rid on’t. So, in the catalogue, to use Shakespeare’s phrase, I am a man. But of what sort?

My innate pusillanimity would prevent me from putting myself forward as the sort of person to undertake Macbeth’s fell purpose. Let’s be frank, and to wind the clock forward to the 21st Century- the tasks in the contemporary world that men are expected to

accomplish as a matter of course: fixing a leaking tap; changing a flat tire or clearing the gutters, stretch me more than somewhat. And much as I would like to bask in the reflected glory of men such as Leonardo, Albert and Amadeus by claiming shared species-hood, I retain enough self-awareness to reject such hubris and repeat the question: what sort of man am I?

Lacking a hand-mirror and left with only a shield and spear, I move forward in the phalanx of my sex (gender, I suppose is the more fashionable term nowadays) …I move forward, unreflecting and ready for conflict, if only of the most metaphorical and non-physically threatening kind 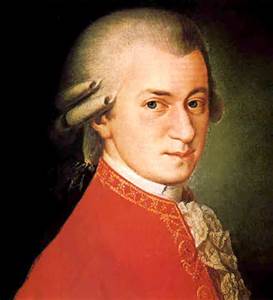 The only respite I can imagine is if I come across a pair of copulating snakes and hit them with the wooden shaft of my spear in the hope of angering Hera the wife of Zeus. To be like Tiresias, transformed into a woman and having to live thus has been recorded in myth and literature from ancient times right down to the present where the redoubtable Carol Ann Duffy has sardonically traced the hapless transformation in her wonderful poem, Mrs Tiresias, I’ll read a few extracts- but get to it yourself for the full impact.

All I know is this:/ he went out for his walk a man/ and came home female…Then he started his period./one week in bed./two doctors in/three painkillers four times a day…/ I see him now,/ his selfish pale face peering at the moon/ through the bathroom window.

Less scathing about the male of the species is Lucian of Samosata who lived and wrote in the 2nd Century AD. He is, incidentally, one of the earliest commentators on the fledgling Christian movement, regarding them as misguided creatures who believed they would live for all time- hence their contempt for death and disdain for worldly goods. In his work Necyomantia, he places Tiresias in Hades responding to the question: What is the best way of life? His answer? The life of the ordinary man: forget about philosophers and their 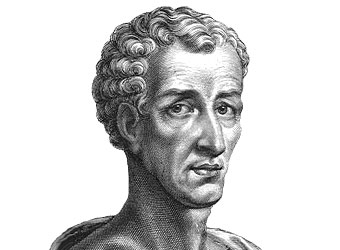