Entry 28: Mountains and Trees- I worked a summer job in 1970 at a fish-and-chip shop in Donaghadee, County Down in Northern Ireland. I was trying to gather a few shekels together to get married the following year. There I met an acquaintance from schooldays who was in training to accompany the Queens University Mountaineering Club for an attempt on K2, second highest mountain in the world the following summer break.

The Savage Mountain, as K2 is known, has the second highest fatality rate among the eight-thousanders (that is-those 14 mountains above 8,000 metres or 26,247 feet) Their summits are in the death zone which  refers to altitudes above a certain point where the amount of oxygen is deemed insufficient to sustain human life. Yet 33 people have climbed all 14 peaks without extra oxygen. Hundreds have died in the attempt, so death zone seems accurate enough.

Wikipedia has a great story concerning ace mountaineer, Reinhold Messner, renowned for making the first ascent of Mount Everest without supplemental oxygen and for being the first climber to ascend all fourteen “eight-thousanders: he was given the opportunity by the Chinese government to climb

, a mountain sacred to four religions, in the mid-1980s but he declined. In 2001 the Chinese gave permission for a Spanish team to climb the peak, but in the face of international disapproval the Chinese decided to ban all attempts to climb the mountain. Messner, referring to the Spanish plans, said, “If we conquer this mountain, then we conquer something in people’s souls … I would suggest they go and climb something a little harder. Kailash is not so high and not so hard.

Well, at almost 22,000 feet it is no mean mountain, thought by earlier mountaineers to be unclimbable, so Messner’s not so high and not so hard has to be taken with a pinch of salt. Still, it’s good to know that there is a sacred site that has not been trashed by tourists of 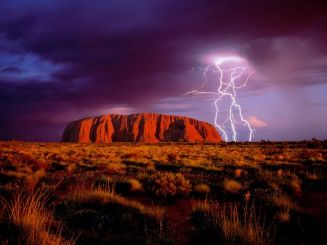 one kind or another; unlike Uluru, also known as Ayer’s Rock, in central Australia where visitors regularly ignore requests that the sacred rock is not climbed as are requests that certain sections are not photographed.

Of course, I have climbed nothing much higher than the flat-topped mountain of some eleven hundred feet which towered over my childhood home. I had always regarded it with awe as a child and I finally climbed it in the company of my to-be wife in the spring of 1968. I experienced that sense 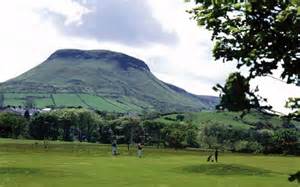 of exaltation that so many of us report when at the summit of a high place. It’s something to do with being able to see for miles and miles; looking down at the insignificance of humans and their achievements.

You can also lose yourself, in a different sort of way, among the trees. Although limited theoretically to growing less than 130 metres or 430 feet tall, we feel dwarfed by these towering plants that can outlive us by thousands of years as well. Near Bulahdelah, northern NSW in the Myall Lakes National park is the aptly named the Grandis, a 400-year-old gum which soars 76 metres among the surrounding

This area is home, as well, to Australia’s greatest poet, Les Murray, who writes in Noonday

Axeman, about his forbears who came here from Scotland to work the timber…my great-great grandfather here with his first sons,/who would grow old, still speaking with his Scots accent, /never having seen those highlands that they sang of. As humans we measure ourselves against just about everything we experience but to compare ourselves to trees is more comprehensible than to set a measure against the mountains of the world, large or small. A. E. Housman, does so in one of his best-known poems,

Loveliest of trees, the cherry now/Is hung with bloom along the bough,/And stands about the

woodland ride/Wearing white for Eastertide./Now, of my threescore years and ten,/Twenty will not come again,/And take from seventy springs a score,/It only leaves me fifty more./And since to look at things in bloom/Fifty springs are little room,/About the woodlands I will go/To see the cherry hung with snow.

In 1972, we set up home in Wollongong, between the heavily wooded Illawarra Range and the long white beaches washed by the surf sets of the South Pacific Ocean. In 1974 we moved just across from the city’s Botanic Gardens and we would often take the kids to the duck pond or rose garden. I would, on occasion, sit under a tree, reading poetry, strumming my guitar or learning how to play the tin-whistle. During that year, apart from annoying the ducks by

over-blowing, I wrote the song, Mountains and Trees, there; comparing the scenes of my youth in Northern Ireland to the strange and compelling vistas around me.