Entry 29: Home- Let’s start big. We are star-stuff. The heavy elements that make us possible started in stellar furnaces and were blasted across the universe by super-novae and here we are. Our home is the universe. But I wonder how consoling that thought is to 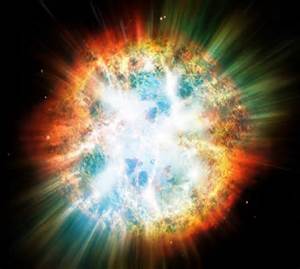 the 100 million plus people on this planet who are categorised as homeless or the 1.6 billion who are inadequately housed according to standards established by the UN?

Some people live in the one spot, the one dwelling, their whole lives as have their parents and grandparents before them and they, in turn, expect to hand on the home to one or more of their children- but such instances must be rare today. For instance, in the first 45 years of my life, I had lived in twenty different places on three continents. However, for the past twenty years I have lived at the same address.

On those desk calendars with a quote-a-day you will find sentiments such as,

attributed to Pliny the Elder. The Germans have a word for it- Heimat. Wikipedia says, People are bound to their heimat by their birth and their childhood, their language, their earliest experiences or acquired affinity. Heimat as a trinity of descendance, community and tradition highly affects a person’s identity. Historically, it found strength as an instrument of self-assurance and orientation in an increasingly alienating world. It was a reaction to the onset of modernity, loss of individuality and intimate community.

Heimat is also the overall title of several series of films in 32 episodes written and directed by Edgar Reitz which view life in Germany between 1919 and 2000 through the eyes of a family from the Hunsruck area of the Rhineland. Personal and domestic life is set against

glimpses of wider social and political events. The combined length of the 32 films is 53 hours and 25 minutes, making it one of the longest series of feature-length films in cinema history.

A related concept, Heimweh or homesickness, has deep roots and is an ancient phenomenon, mentioned in both Homer’s The Odyssey, where we find Athena arguing with Zeus to bring Odysseus home because he is homesick. “…longing for his wife and his homecoming…” and the Old Testament (Exodus and Psalm 137) “By the rivers of Babylon,

there we sat down, yea, we wept, when we remembered Zion.

But if I started big, I’d like to modulate to something smaller now by taking us to a modest homestead in New England in the opening years of the 20th Century, where a woman, Mary, is waiting for her husband, Warren. She has taken in an old man, Silas, who used to work for them but left over a dispute about money. Warren says bitterly, at one point, Home is the place where, when you have to go there,/They have to take you in. This is from a long, conversational poem by

Robert Frost- a wonderful exploration of the concept of home. It touches upon several other themes including family, power, justice, mercy, age, death, friendship, redemption, guilt and belonging. Warren wants to know why Silas didn’t just walk the extra thirteen miles to his well-heeled brother’s place. Mary replies, Worthless though he is,/He won’t be made ashamed to please his brother.

As with all Robert Frost’s long conversational poems, this one is deceptively simple in its structure and language. Warren is reluctant to take his former worker back, and not just because Silas left him at an inopportune time. Mary knows her husband well and she says to him, ‘Warren,’ she said, ‘he has come home to die:/You needn’t be afraid he’ll leave you this time.’/‘Home,’ he mocked gently./‘Yes, what else but home? Mary persuades her husband to go and see Silas whom she had left resting on a chair by the stove. 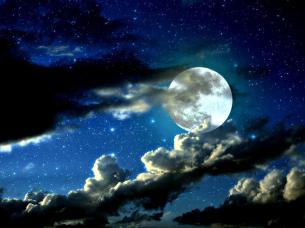 I’ll sit and see if that small sailing cloud/Will hit or miss the moon.’ /It hit the moon./Then there were three there, making a dim row,/The moon, the little silver cloud, and she.

Now, isn’t that breathtaking! The way in which a real poet moves from the mundane to the sublime in an instant and then back again Warren returned—too soon, it seemed to her, /Slipped to her side, caught up her hand and waited./‘Warren,’ she questioned. /‘Dead,’ was all he answered. Dear Listener, please read the complete poem, The Death of the Hired Man where you will experience it in its proper order and complexity.

On New Year’s Eve, 1999, I was relaxing in my backyard with a beer in my hand and my guitar by my side. My family were all in residence and the sun was shining. The heat of the Australian summer was tempered by a cool breeze. I realised that, for the first time in over

thirty years, I was in a place that I could call home without demur. Usually I wouldn’t have registered the thought but, that day, I wandered inside, collected a pen and notebook and, calling for another beer, I wrote this song: