Song 42: Cross Me Heart– A much requested song from audiences when we play(ed) in Western Sydney- and not only the Dubs, or, indeed, the Irish! The changes in streetscapes, manners and economic circumstances is a worldwide phenomenon, I’m sure. Often, a returning visitor to the British Isles will remark something to the effect- You know, you 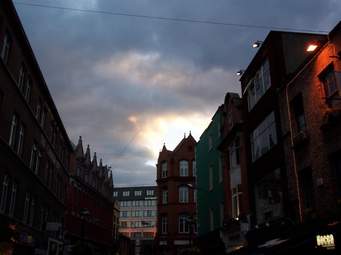 wouldn’t recognise the place , now! Songs like this have a way of articulating these feelings better than we could ever express.