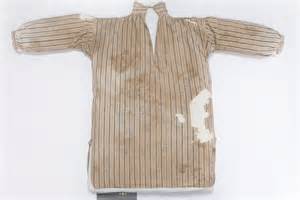 Entry 41: Rose- Family secrets: everyone knows one or more about their own family and one or more about other families, if only through the media. What one generation may hang its head in shame over the next, more likely than not, just shrugs and says, so what! The convict stain in Australian society became a badge of honour in the space of a generation or two.

Distance in time lends enchantment to a roguish ancestor or two in the family tree. People who seek information about their 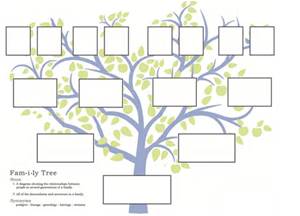 forbears are more likely to advertise relationship to a pirate than an accountant. Note also, that privacy for individuals becomes an increasingly rare commodity in inverse proportion to the growing obfuscation surrounding the activities of transnational corporations and governments. The contradictory signals make reading the signs of the times about as reliable as the practice of palmistry.

I am reliably informed the Buddha once said “Three things cannot long stay hidden: the sun, the moon and the truth”. Much as I admire the ancient sage, smog covers the sun

and coal-fired power station emissions deal with the moon for a lot of people a lot of the time. And the truth? The Roman procurator of Judea sometime around the end of the third decade of the first century asked what that was and the question has reverberated down the millennia since.

When someone begins a sentence with the phrase, the fact is, chances are- it isn’t. Now, as usual, I don’t go to politicians or economists for answers, but poets. Denise Levertov wrote a poem entitled The Secret back in the 60s that is as thought-provoking now as then,

Of course, the girls don’t reveal the line to Levertov’s informant and the poet knows that, now a week later, the line has been forgotten…

That is the sort of secret I can relate to. Unlike the secret that excludes everyone but the 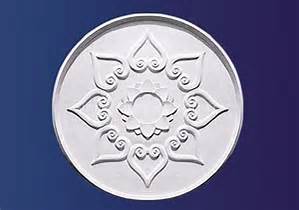 chosen few. Such as the rosy cross of the Rosicrucians. Roman banquet halls had roses painted on them so that matters discussed there under the influence of wine (sub vino) would also remain sub rosa or secret.

The Victorians loved floriography- the language of flowers and would exchange nosegays, charmingly known as tussie-mussies, and parade around with these small bouquets trying

to decipher what, if any, meaning lay hidden in the arrangements held by friends they might encounter in their perambulations.

So, if anyone presents you with an arrangement featuring aconite, aloe and lobelia, my advice would be for you to run a mile because, if my reading of the wreath is accurate, they represent misanthropy, grief and malevolence.

What’s in a name? as Shakespeare asked so memorably in Romeo and Juliet.  I wonder what was in the minds of my paternal great-grandparents when they christened their daughter Rose. As I write this, I am listening to 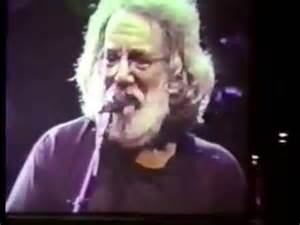 The Grateful Dead’s version of the Dylan classic, Visions of Johanna, sung by Jerry Garcia before a crowd at the Delta Centre in Salt Lake City, Utah in February 1995: it’s a fitting close to the 2015 release of 30 Trips Around the Sun: The Definitive Live Story.

The crowd sing along, they know the words, they know the secret the same way the two girls knew the secret in the Denise Levertov poem which was written around the same time Dylan was writing this. The song’s on repeat as I drink doubles of Scotch and Cola out of a Rolling Stones’ tall glass and get torn up all over again over the fate of my father’s mother. 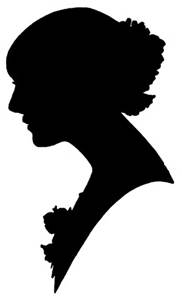 I first  knew her as a photograph of an elegant Edwardian lady in an oval frame hanging in the reception room of my childhood home in Cushendall, Northern Ireland. My enquiries were deflected, brushed off with the bare bones info that this was my father’s mother but not the one who raised him.

My nephew later did a little delving into family history and rattled some skeletons in the closet. My grandmother had taken a trip to Germany on a ship captained by her husband in 1914 and had been interned because war had broken out. She was returned to Ireland without her husband and, driven out of her mind with worry, was confined to an insane asylum where she died before the end of the war.

Mental illness was a shameful thing for that generation so the only thing I heard was, she was delicate, highly strung, and other euphemisms of the kind. My nephew, a journalist,

gained access to her medical records through FOI legislation and I was hurt to read about her pain, set down in clinical prose by the treating physician.